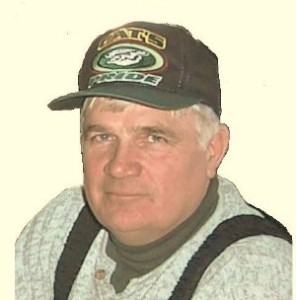 We proud to dedicate this website in the memory of our friend and fellow snowmobiler, Bobby Ingerson. There is no one who did more for the sport of snowmobiling here in Northern New York than Bobby. He almost single-handedly organized the Thousand Islands Snowmobile Club and served on its board in a leadership role from day one until the day he died.

There wasn’t any task too overwhelming for Bobby. If there was trail work to be done, Bobby was always there to do it. Driving stakes, building bridges, running equipment- Bobby was always there ready and willing to do whatever was needed to get the job done. Many, many times he would ride his sled all day, and then he would go out again and run the groomer on the trails at night. The tales he told of all of the adventures are legendary. Not only was he willing to work hard himself, bet because of his interest and enthusiasm, others were willing to get involved as well. He was never alone out there on the trails because he spent hours on the telephone encouraging people to get out there and lend a hand. His work didn’t stop with the actual physical labor on the trails either. If there was a hesitant or irate land owner to deal with, Bob was there either in person or on the phone, smoothing the way and winning friends for the club. In addition to all of his work on the trails, I think that Bob was involved in every fundraiser that the club ever had. I don’t know if anyone ever kept track, but I do know that Bobby must have sold thousands of dollars worth of raffle tickets every year. He not only sold the tickets, but he was also instrumental in procuring the prizes and organizing the drawings. His work did not stop with trail building and fundraising but also included attending meetings on the local, county, and state level. Throughout his efforts, our club has gained the respect of other groups in our area and throughout the state. Largely because of this, we have been successful in receiving grant money which we have used to purchase equipment and improve trails.

You know that Bob wasn’t always the “Catman Bob” that we are remembering so fondly here today. I can remember going on a ride with Bob when he was driving his first snowmobile, a big orange-color Ariens, which I called the showblower because as far as I knew at the time, snowblowers were the only thing that Ariens made. But it didn’t take Bob long to discover Arctic Cat, and I guess you all know the story from there on. That was a love affair that lasted for all the rest of his life. Bob rode those cars winter after winter, mile after mile, and he never stopped talking about them winter and summer. His machines were always shiny, new, and well maintained, and, of course, he always had the best trailers and equipment to go along with them as well as the latest in leather suits, helmets, and gloves. When I picture Bob in my mind today, I see him standing there on the trail next to Connie in his leather Arctic Cat suit, all ready to jump on that sled and lead us all down a trail or equally ready to rescue me from the side of a mountain as he did once out in Yellowstone. And so it is my hope and prayer as we dedicate this memorial here today that the Lord may bless us and keep us, make his face shine upon us, give us peace and that Bob may be riding along forever on a freshly groomed trail.

TISC Membership Has Its Perks!